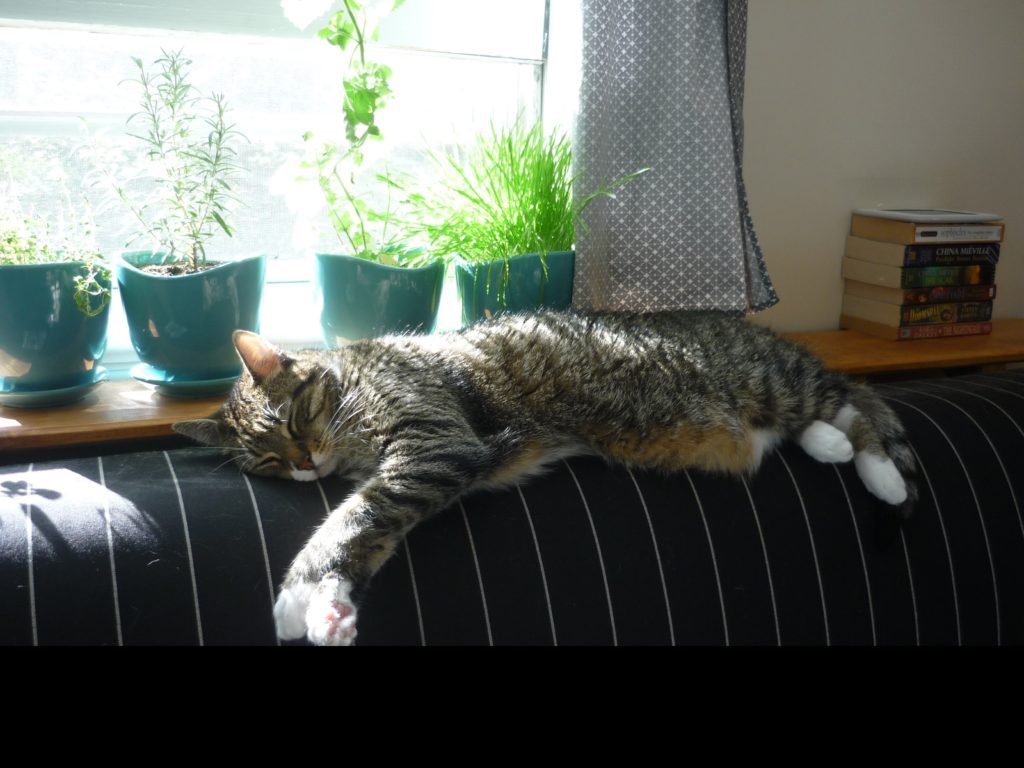 Well, it’s been awhile, largely because I had another big project that didn’t leave much time for my usual smaller projects…  But the start of summer is a good time to start working on my regular projects again.  And even if it’s a little late it’s not a bad time to work on figuring out what kinds of projects I want to do this year.  I have a couple categories of projects I want to work on: the garden, food preservation, knitting and sewing.  I also have a minor side project for physical fitness since I want to improve how far I can bike (makes it easier to get to some of those slightly too distant craft stores…). 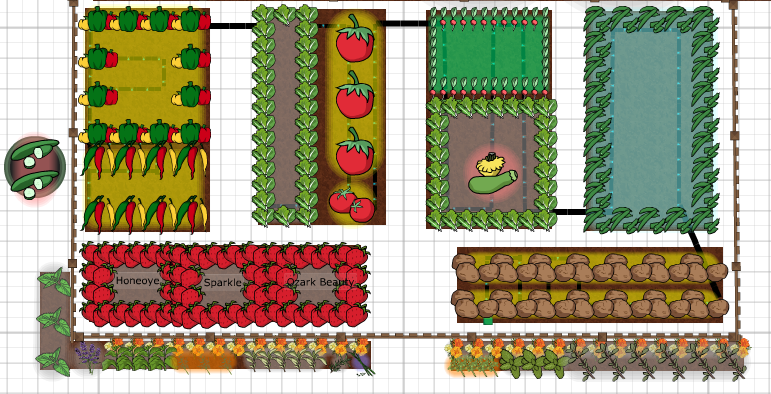 Patrick got everything started this year so we have a garden!  Like the map shows, the goal this year was to come up with a garden plan that would be easy to maintain since we’re going to be busy.  Overall I think it’s been successful so far (the squash is a bonus from the compost we added to the garden).  It looks like we might even get tomatoes from the garden this year!  I have hopes anyway…  No matter what I think I’m going to consider anything we get out of the garden to be a nice bonus.  I have hopes for at least some beans and some good salads at least though.  And if our peppers survive the nasty experience that was May’s weather (it rained at least 19 days in May!) hopefully we’ll get some nice peppers too.

If we have happy tomato plants I’m hoping to be able to can some small batches of tomatoes too.  I’m going to see if that’s a nice easy option.  I got a stand alone canner that doesn’t need to go on the stove, so I’m hoping doing small batches will be reasonable.

I’m also hoping that this garden will keep producing as is from now through frost.  The tricky parts will be getting the lettuce to produce in July and August and getting the beans to produce in September and October.  It’s worth a shot though.  And when the potatoes are done that row can be either more beans or more lettuce in theory.

The front flower bed is a mix of flowers, and it’s kind of weedy.  Luckily I got enough volunteers that it looks nice (mostly Jonny Jump Ups and Love in the Mist).  I also got 3 volunteer tomatoes growing in the half barrel in the middle.  I was hoping that would be full of Dahlias and petunias, so I need to decide if I’m going to leave the tomatoes, pull them up or replant them.  Technically replanting them would be the best choice, but that would also take a lot of work and at least a decent chunk of time.  I think for the moment they’re staying where they are and hopefully they won’t get too out of control. 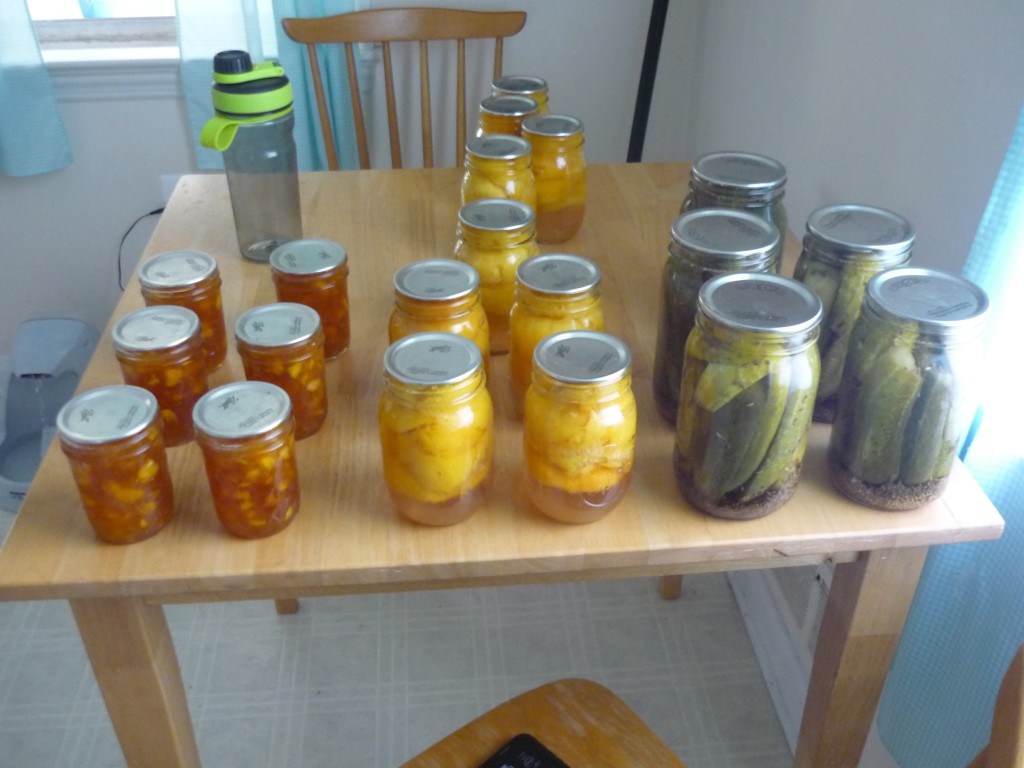 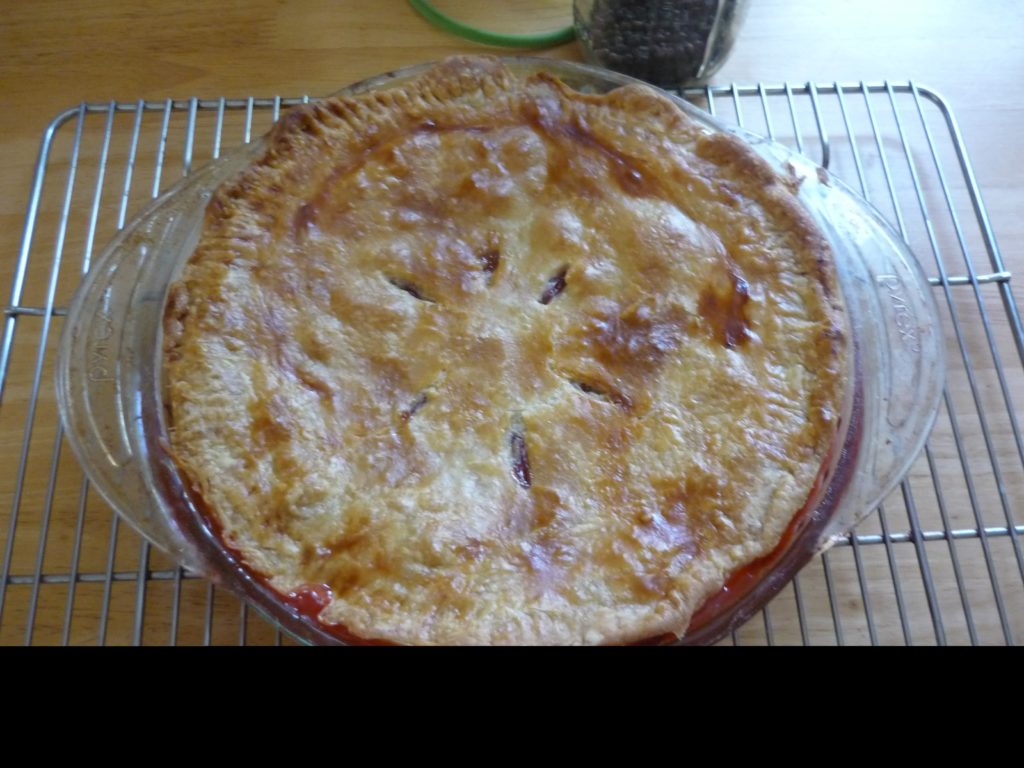 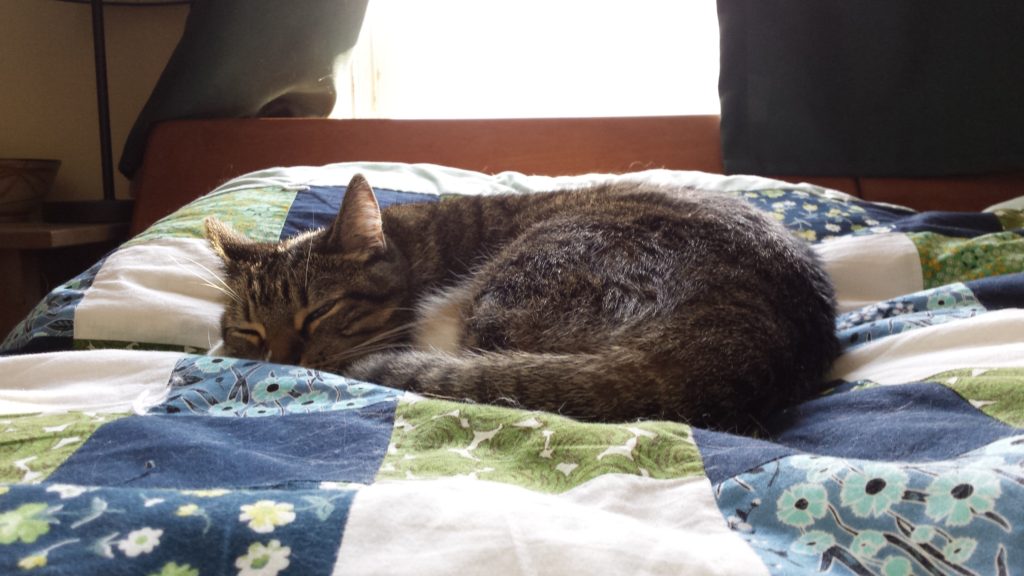 So those are most of my food and garden plans.  I’ll save my sewing and knitting plans for next time…